What is Data Ethics?

Ethical business, ethical thinking, ethical action: the corporate vision for 2021 focuses on a more consumer-friendly code of conduct. And when it comes to Big Data, we are just entering a new era based on transparency and thoughtful data management. However, technological progress and the growth of artificial intelligence are bringing new challenges. Which are today's risks in terms of data use? What are the drivers and initiatives put in place in recent years to combine business and ethics? An overview on data ethics in this article. 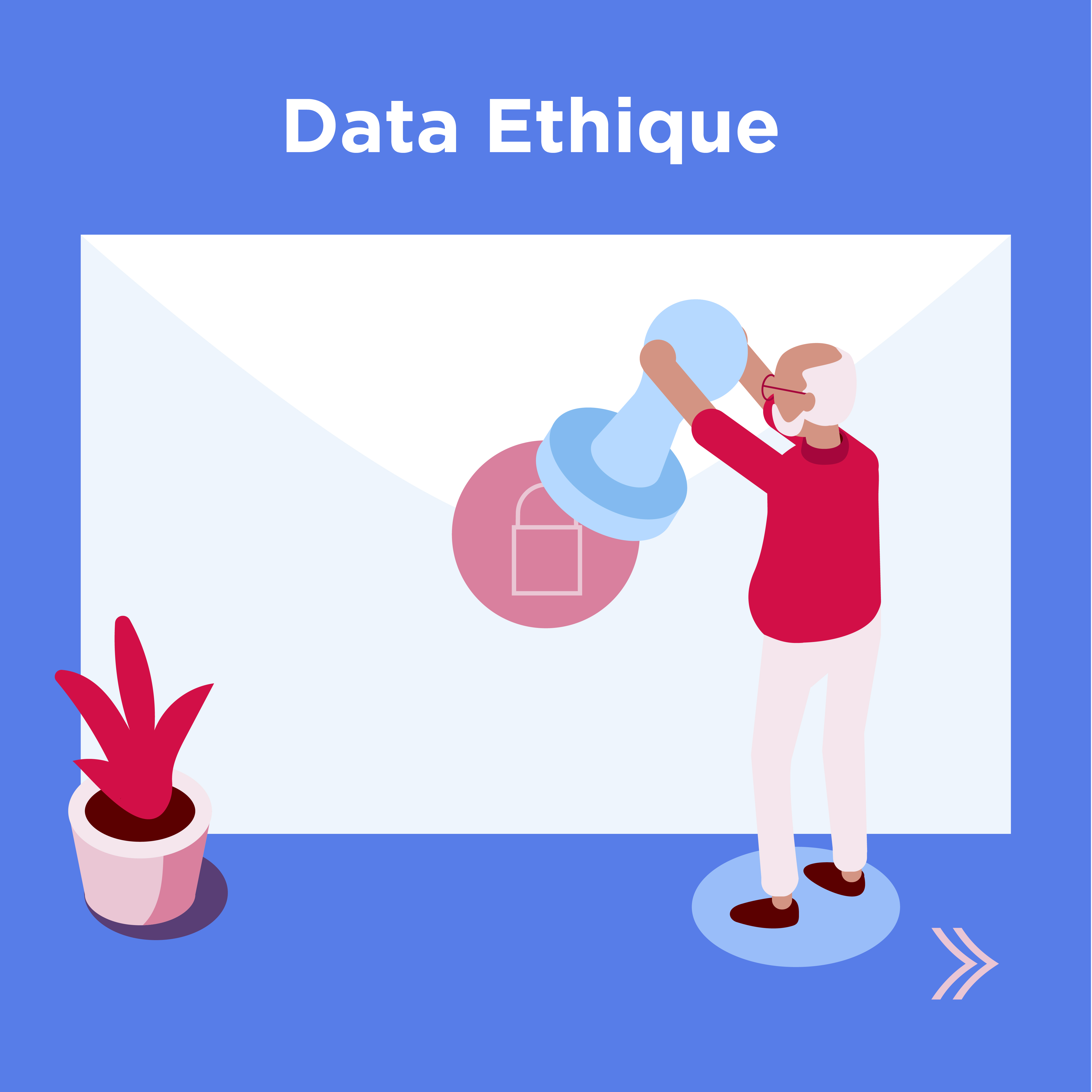 Data ethics refers to the set of behaviors required to ensure personal data protection. Digitalization of society and technological development have generated an increasing amount of data, especially with the large number of computer applications.

Technological Progress and Ethics: What are the Risks?

Faced with all the technological developments of recent years, the data ethics issue has become a key topic. Until now, research has mainly focused on technological innovations, but still hardly on the ethical risks they generate.

The drifts associated with “big data” are extensive: profiling, algorithmic bias, misuse of personal data, etc. Scandals have moreover emerged in recent years, as was the case in 2018 with the Cambridge Analytica case and Facebook data.

Concerning algorithmic biases, they refer to the risks of introducing discriminations linked to the design of algorithms. Therefore, developments in artificial intelligence can represent real social and moral issues. This is reinforced by the fact that most men represent the AI sector, which can lead to gender bias.

Key Figures for Data Ethics in 2021

Nowadays, we produce about 50,000 GB of data every second. As data use has become completely democratized, distrust has also grown: according to a 2016 Harris Interactive study among French audiences, 75% of people do not trust data use on online shopping websites.

Ethics has long been a fundamental principle of most companies. But as artificial intelligence and automation have developed, new issues have arisen for which leaders must be prepared: 89% of leaders globally say they have faced an ethical dilemma regarding the increased use of these new technologies (Avanade, 2019).

Which Levers to Reassure the User?

In this uncertain context in terms of personal data, committees have appeared to anticipate possible risks and to facilitate decision-making. Data ethics is now at the core of debates and concerns in our society.

Privacy policies and laws to protect consumers are put in place by governments, including the GDPR (General Data Protection Regulation). This European regulatory text aims to frame data processing since 2018, giving citizens more control over the data they share.

Current regulations, such as the GDPR in Europe, are not sufficient to ensure data ethics. Indeed, they only apply to a given territory without considering the data collected by foreign companies. European consumers protected by the GDPR regulation are therefore only protected on the websites of European companies.

Despite the UN’s desire to implement regulations at the international level, this is still only a utopia. It is therefore up to companies to integrate a new data culture, empowering the consumer to control the type of data shared.

Finally, knowledge of algorithmic bias is still insufficient, or at least limited to the GAFAs. Artificial intelligence can indeed serve humans, but the real question is what to do with the data obtained.

What About Data Ethics on Search Engines?

Concerns about data ethics also affect search engines, which keep all the data of Internet users such as keywords, dates of visit or even the links they click on. The largest search engines are Google, in first place, followed by Bing and Yahoo.

However, in recent years, a few “more ethical” search engines have entered the market.

Qwant has been doing this since 2013, placing ethics at the heart of its model and offering an alternative that respects its users’ privacy. The same goes for the search engine DuckDuckGo, or Brave which blocks ads and trackers. In the same way, Ecosia promises to “plant trees” thanks to the revenues generated by searches, while guaranteeing never to sell the data collected.

The question is: do these alternatives to the giants Google or Yahoo really respect the Internet users’ privacy? Indeed, the search results are those of Microsoft, which suggests that the data is sent to them. But according to these companies, there would be agreements to anonymize the search history and IP addresses to prevent the identification of Internet users.

Data ethics should not be a barrier to innovation, quite the contrary. The future must be built through open and collaborative discussions with consumers, and careful consideration of how we use data.

Many projects and initiatives are emerging, using big data ethically to have a positive impact on society. One example is the Health Data Hub project, a French platform whose objective is to use health databases for medical research purposes.

We also refer to the “Smart Data” approach to replace Big Data: the goal is to use only the necessary data without unnecessary storage, and thus to allow a good investment for the future. It is a more responsible, ethical, and sustainable approach to data collection.