We could easily say that he is one of the builders of the internet that we know. Inventor of what is undoubtedly one of the most widely used algorithms in the world, Larry Page is also the founder of one of the most powerful companies of the planet. For while many of us only associate Google with its search engine, it is today an innovation monster that is omnipresent in our daily lives. So the question is: Is Larry Page a computer genius or an extraordinary business man? 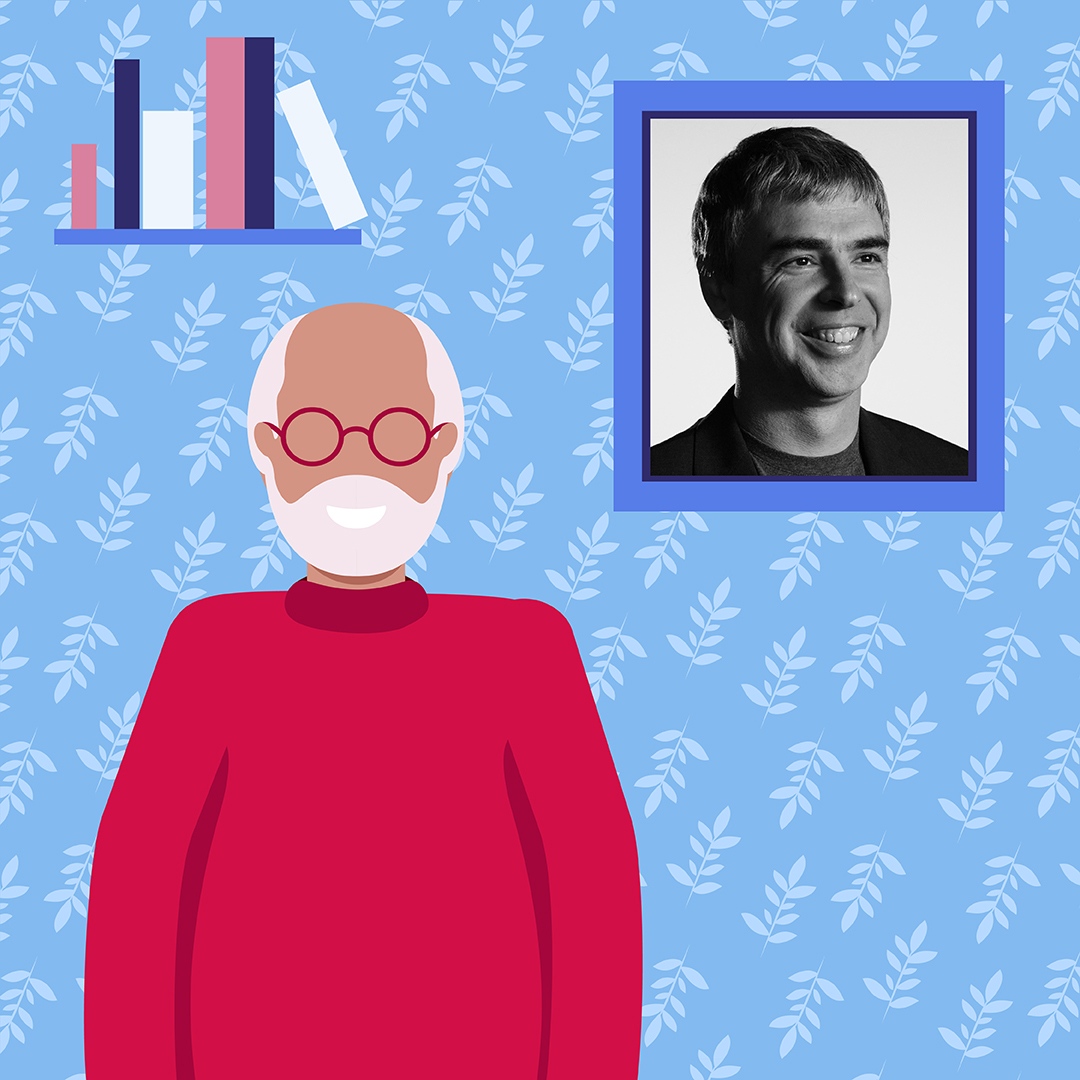 The birth of a prodigy

What could be more natural for the son of two IT geniuses than to be passionate about computers from an early age? Indeed, Gloria and Carl Page both teach programming, computer science and artificial intelligence at prestigious American universities. Born in 1973, their young son was immersed in the world of computer science and quickly developed a fascination for everything related to new technologies. Absolute fan of Nikola Tesla, Larry Page turns out to be nothing less than a computer gifted, but also as visionary as ambitious. Not even 12 years old, he told anyone who that he would one day create his own company. And it was only 10 years later, as a PhD computer engineering, that he came up with the idea that would transform information processing and retrieval, forever…

The meeting that will change the world

If, contrary to his original duo, his name probably doesn’t mean much to you, it is also thanks to Sergey Brin that we owe the invention of the most used search engine on the planet. It was after meeting at Stanford University in 1995 that he and Larry Page pooled their brilliant intellectual abilities, and then revolutionized forever the way we exploit information. And although they once revealed that they had always been « disagreed about nearly evrything”, the two geniuses left their “garage” in 1999 to settle on the famous Palo Alto Avenue, where their search engine was already processing more than 3 million queries a day!

For if he could have stopped at the invention of Page Rank, the page ranking algorithm used by the search engine, Larry Page not only continues to improve his creation by making it ever more efficient, but he will also build one of the giants of new technologies. Indeed, Google today boasts a near-monopoly in the search engine industry, with about 90% of the world’s search queries, but it has also become a conglomerate of various companies, each specializing in a variety of sophisticated activities.

The company that in 2002 was named “international leader of the economy of the future” by the World Economic Forum has been buying more and more companies and new technologies in order to grow Google. This affirmed transhumanist will then extend his research and acquisitions to fields such as health, biology and robotics. Among other things, he will create the very secret Google X Lab in 2010, directed by his lifelong friend, Sergey Brin. And it is in total confidentiality that projects of autonomous cars, space elevator or even artificial neurons will be studied there… Of course, none of this is really official, leaving room for all fantasies…

As you can see, Larry Page is more than just a computer geek. He’s also one of the most entrepreneurial minds on the planet, a business genius and eternally curious. And the enormous power he has acquired through the invention of his search engine has enabled him to become the head of the 13th largest fortune in the world, to manage one of the most influential firms we have ever known, and, above all, to satisfy his inexhaustible thirst for knowledge.