Search engines, meta-engines, multi-engines, browsers... It is sometimes difficult to understand. Especially with the omnipresence of Google, which certainly tends to simplify our task, but at the same time slightly blurs the lines. Let's try to see things a little more clearly. 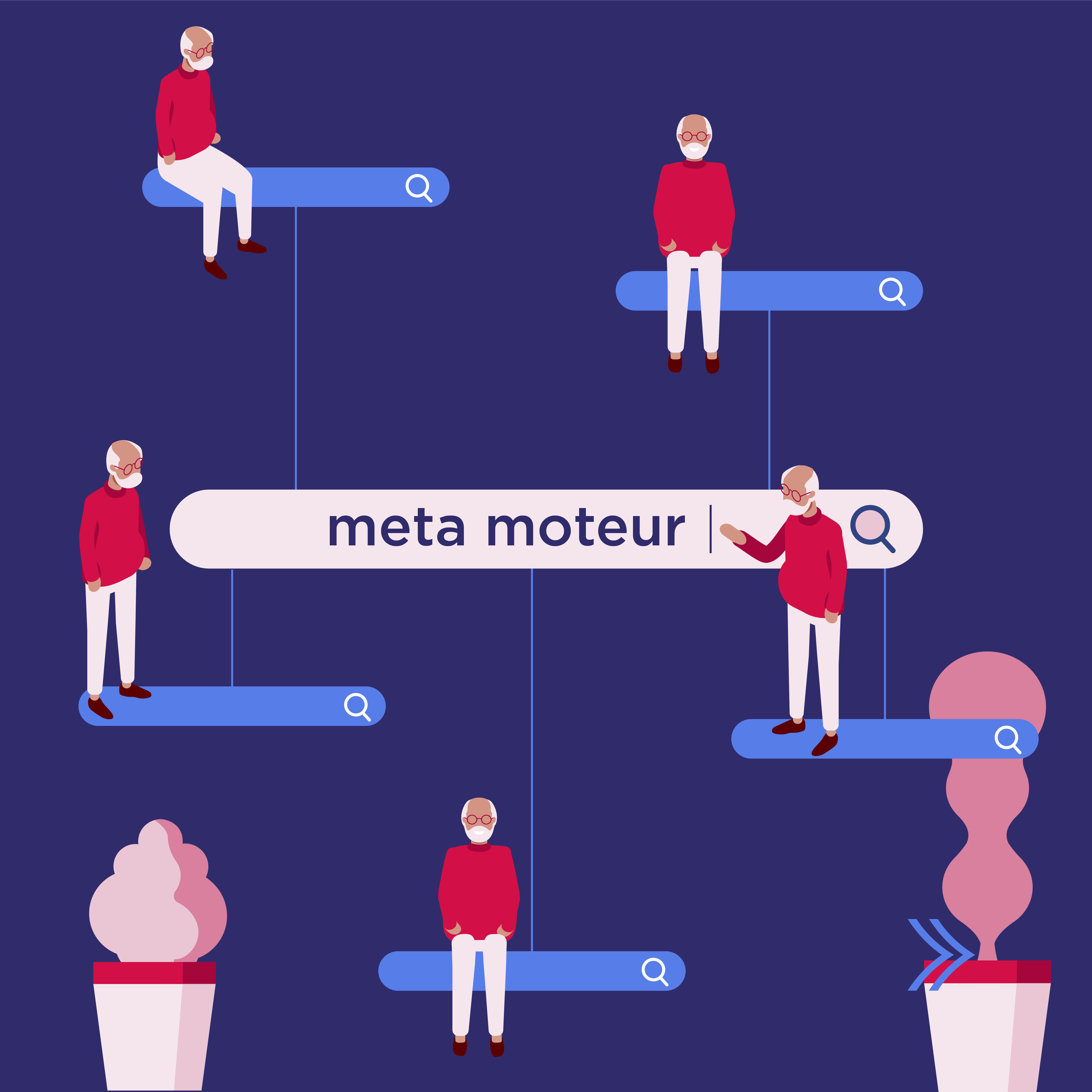 The definition of a meta-engine

Why use a meta-search engine

Meta-search engines can have several interests. First of all, in the case of a specific search: each time you use a comparison engine for your car rental, the reservation of a plane ticket, or the search of a job offer, you use a meta-engine which compiles the results of several commercial sites to show you what corresponds the most to your search. A considerable time saving.

Then, there are also meta-engines which aim not only to refine your search results, but rather to offer a different browsing experience. Indeed, some meta-engines limit advertising and sponsored links that can quickly spoil your browsing on the usual search engines. This generally implies an additional protection of your personal data, as the meta-engine acts as an intermediary, and therefore as a filter.

Finally, some meta-engines also add a social, charitable or environmental dimension to their approach. The revenues generated by their use serve to finance various causes, as we will see later.

As explained above, there are as many meta-engines as there are specialized searches. Here, we have decided to focus on generalist meta-engines, whose goal is to provide an alternative to traditional search engines. We have selected 4 of them for their charitable and participative approach.

From Germany, this plant lover gives 80% of its profits to NGOs working for reforestation. Created in 2009, Ecosia has already replanted over 100 million trees on the planet. Multilingual, this Berlin-based company is at number 445 in the Alexa ranking of the most visited sites in the world.

Created in 2008 in the USA, this meta-engine has made our private life its battlefield. It’s simple, it does not use or keep any of our data. A 100% neutral and respectful search that seduces more and more users every year. With the 154th place of the Alexa ranking, it is one of the most visited meta-engines in the world.

A small French company that does not collect any of our information, but also donates 50% of its profits to solidarity actions, around three fights: the poorest, the preservation of the environment and the animal cause. Created in 2015 by Clément Le Bras and Marc Haussaire, the search engine offers advertising content despite everything but does not exploit any user data. And it works pretty good, as they keep climbing in the Alexa ranking to be today at the 263rd place.

Another French meta-engine, still committed and supportive ! Its particularity is that each user is free to choose the causes they wish to defend. A very pragmatic system, allowing for example to remove 5g of plastic from the oceans for one search, or to offer a meal to an animal in a shelter for 45 searches.