Incredible, but true: there are other search engines than the American giant. There are the historical ones, the new ones and especially those that operate where Uncle Sam is not welcome. Together we'll take a quick look at the history of search engines and we'll take a look at the ones that are still standing in the way of the almighty Google, as well as the ones that are trying to challenge it. 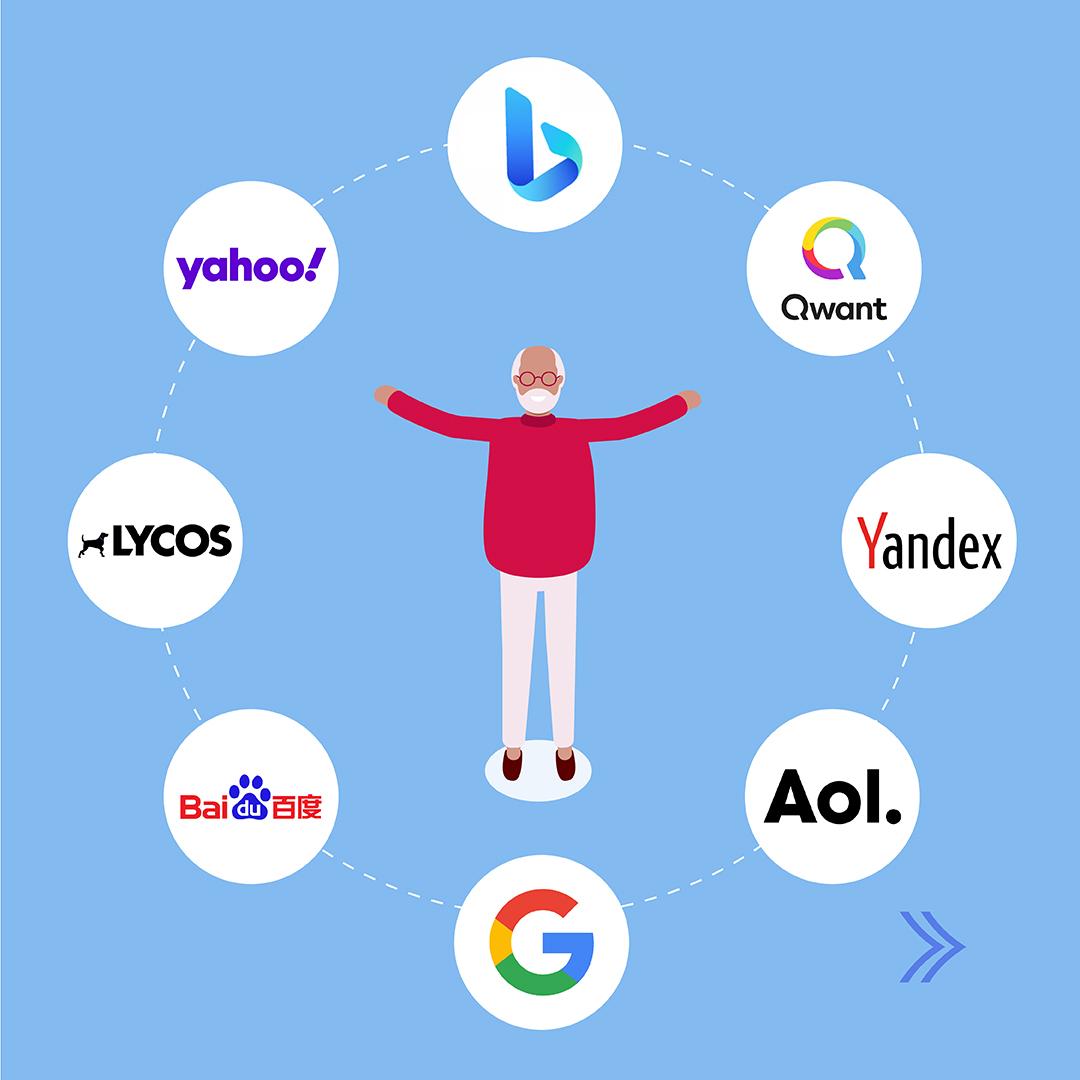 The first search engine for the public was born at the same time as the Internet was made accessible to the common man. And if we only had our first connections in France in 1994, it is in 1990 that Archie appeared! But because of the lack of space, it could not connect its users to the web sites and simply indexed their content. Then, many other directory projects based on the same principle followed: Wanderer, Gopher, Vlib, etc. But it was not until 1994 that the first search engines really indexing web sites and allowing to reach them, appeared: Yahoo! and Alta Vista first of all, followed closely by Lycos and Excite in 1995.

It would be as long as tedious to look at all the existing search engines in the world, so we decided to limit ourselves to those that, according to us, deserve the most our attention.

Launched in 1998, this search engine created by Microsoft was successively called MSN Search, Windows Live Search in 2006, Live Search in 2007, and finally became Bing in 2008. It is the most “serious” competitor of Google on a global scale, but it struggles to take more + than 2.7% of the global market share, despite the $100 million communication budget allocated to its launch.

This is by far our little favorite. Launched in February 2013, QWANT is a French search engine with the ambition to offer a service that absolutely respects the privacy of its users. This implies a total absence of tracking and retention or use of personal data. QWANT offers a completely neutral approach to search results and guarantees 100% independent indexing of content, unlike most meta-engines, whose results depend on other search engines. A French talent that we are closely following.

It is the number one in Russia! Created in 1997, it is the most used search engine by Russian speakers, although the company was not profitable until 2002. It is also the default search engine offered by the Mozilla browser in Russia.

China also has its own search engine to block the American one.Created in 2000, Baidu has become 20 years later the 4th most used website in the world, behind YouTube, Google and Facebook, with more than 6 billion monthly visits.

It is one of the very first search engines in history and a former computer giant. Unfortunately, Yahoo slowly declined in the early 2010s after a strong diversification, various failed takeover attempts as well as unsuccessful alliances with companies like Microsoft, in order to harm their common enemy… It is still the 3rd most used search engine in the world though.

Still one of the oldest international search engines, it appeared in 1994. If it was a serious competitor of Google until the beginning of the 2000s, this visionary web portal was then sold for 12 billion dollars before slowly sinking into oblivion because of a bad management…

You have understood it for a long time: Google has dominated the world market for almost two decades. However, there are a few die-hards and a few newcomers who continue to struggle. In addition to the two specific markets of China and Russia.